In memorial of Wolfgang Weiss

We are very saddened by the sudden and unexpected passing of Wolfgang Weiss on 4th June 2021.

Until his retirement in 2012, Wolfgang Weiss was the Head of the “Radiation Protection and Health” department at the Federal Office for Radiation Protection in Germany. Here, he played a key role in shaping radiation protection with regard to the effects of low radiation doses on humans, environmental radioactivity, medical and occupational radiation applications, as well as radiological and nuclear emergency protection. He was also a highly respected advisor and expert in numerous national and international bodies, among others in UNSCEAR – the United Nations Scientific Committee on the Effects of Atomic Radiation (including as Chair), in ICRP – the International Commission on Radiological Protection, in NEA – the Nuclear Energy Agency at OECD and in IRPA – the International Radiation Protection Association. Wolfgang Weiss was strongly involved in uniting and shaping the European Radiation protection activities, e.g. by the development of the radiation protection platforms MELODI (among others as chair) and NERIS. He also encouraged and supported the submission of the Proposal No 295513 „RENEB“ under FP7 of the European Commission. After his retirement Wolfgang continued to follow activities in the field of radiation protection and was invited to further contribute to many European and international activities as a valued expert and advisor. We will miss him as expert and as person. 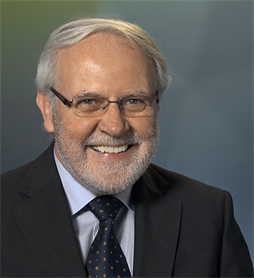 END_OF_DOCUMENT_TOKEN_TO_BE_REPLACED

Biodosimetric triage in the case of a radiological emergency

The RENEB network is trained to act in a concerted way to triage radiation victims in the case of a radiological emergency.  Presently, the total capacity of the RENEB network to carry out biodosimetric triage is 1000 – 4000 samples for a few weeks depending on the...

END_OF_DOCUMENT_TOKEN_TO_BE_REPLACED

During the International Conference on the Development of Preparedness for National and International Emergency Response (EPR2021) of the IAEA in Vienna from 11th to 15th of October first Results of the RENEB ILC were presented. The presentation aimed to increase the...